The past four days have been so fantastic and fun and fabulous and fulfilling. Mike and I started our weekend doing a serious detox at the amazing local yoga we attend (it’s run by the most badass woman I’ve probably ever met- perfect combo of cardio, strength and mindfulness. If you live in the area check her out at Some.Yoga Studio). We did a hard but beautiful candelit Vinyasa flow then headed home with our organic salads and sipped on detoxing teas before heading to bed. 8 hours later, we woke up and went back to the studio where we completed two back-to-back classes where we sweated out toxins, did lots of detoxifying twists, drank a very green (and unappetizing) juice and then, then as a little community, we headed to a local homegrown Somerville brewery and cheers’d to a lot of calories burned and a lot of negative emotions released. Two of our best friends then visited that night and we had delicious pizza in the North End. If you didn’t know, I have a serious addiction to pizza. If I go over a week, I start having withdrawals. Like for serious. So since we had to break out tradition of Friday night pizza due to the detox, it was necessary to chow down on some of Italy’s best creation. 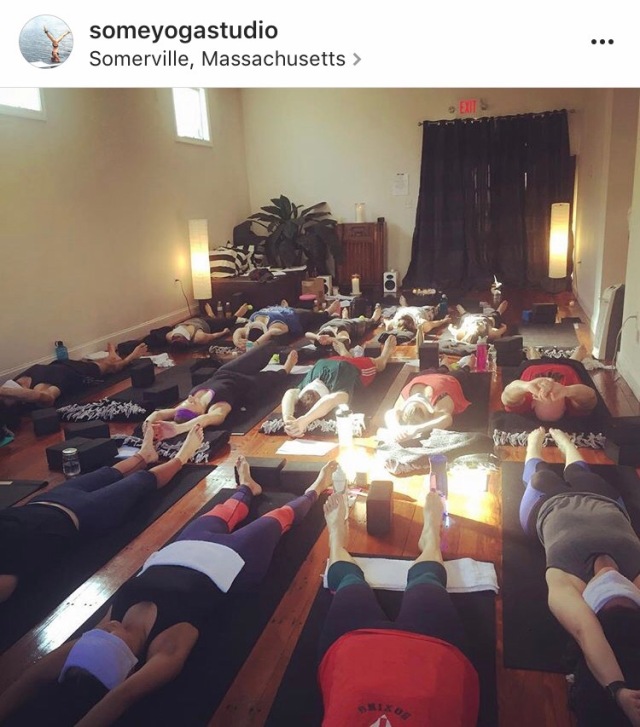 And THEN, THEN THERE WAS SUNDAY. SUNDAY THE SUPER BOWL. Mike grilled buffalo wings, I made a taco style nachos, and an award-winning chachterutie board and the good luck beers flowed. And then we were taught by the best sports team in history that you NEVER EVER EVER give up. It was a quiet household in the beginning of the third quarter… my eyes grew wider and my forehead wrinkles were getting deeper as I had a face of fear on my face. But even though my stomach was flipping and my head was beginning to think, it could be too late, my heart– as well as I think every true New England fan felt– we could still come back. There’s nothing that that coach, that quarterback, or that team can’t do. And then play by play we did. And then we witnessed the greatest comeback of all time. 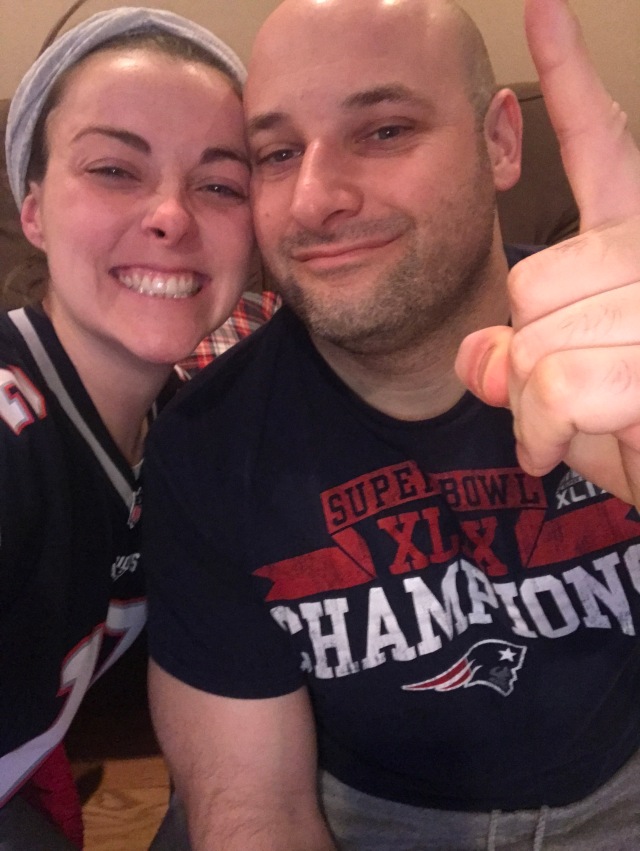 Two years ago when we won the Super Bowl (as I say that I also just want to say, HOW LUCKY ARE WE TO BE PATS FANS?!?!?), I watched it in a hospital room as Mike rubbed my back, my mom held my hand and Dr. Mandy humored us (because lets face it, she does have more important things to worry about then football). And they pulled off a huge upset and won that game and I thought about how lucky I was to be here to see such an amazing win. I needed that lift of my spirit that night and this year, in a much different way but in as just as real way, I needed that lift of my spirit. I needed to be reminded that seriously, anything is possible and even when you’re down, if you believe in yourself and believe in those around you, you can make your dreams come true.

Today, I felt blessed that on my 7th day of ‘life exploration/unemployment,’ I was able to spend the day with my baby brother cheering on the incredible New England Patriots as they paraded down the streets of Boston for the fifth time. And as I was on the orange line, packed in a like a sardine, waiting for my stop in Somerville, I thought about what a special moment I had just gotten to be a part of. Typically the train makes me nervous and I don’t enjoy the smells of sweat and cigs. Many times, you’re on this train with hundreds of people and you don’t feel like a community; in fact, most of the time, I am just thinking about getting off “that thing” as quick as possible. But today, that train felt like a family train- we had all just cheered as our team paraded the streets of our beautiful city with their 5th Lombardi Trophy. Everyone on the train was excited and happy and wet, very very wet. But above all, we were proud. So proud to be from this great city and so proud of the team that we get to call ours. It may sound silly because these feelings of community , inspiration, and just simple happiness all came from a football game but that’s why sports are such an important part of society, because it’s serves as a common ground for so many of us when sometimes, that’s all we may be able to agree on. 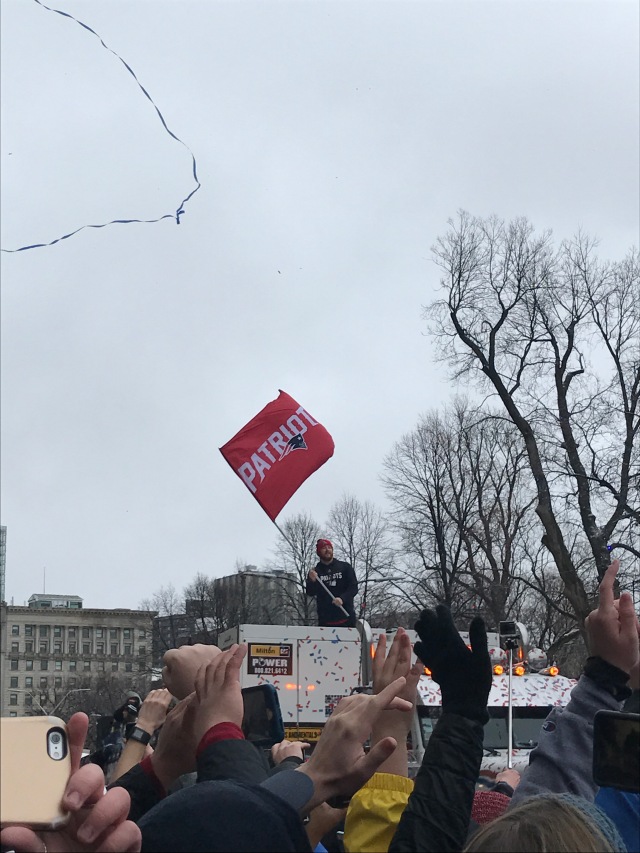 Cheers to sports and yoga and parades and #PATRIOTSNATION!!!