It’s been almost a month since I’ve been back at work. I’m coming in early, leaving late, chugging through long days. Overall, just really feeling the stresses of being a working girl again. And I have to admit, I love it. I don’t like waking up early (obviouslyyyy) but I like waking up with a day full of productivity and socialization in front of me. That was something in the past year I struggled with so much. I often laid in bed for long periods of time after waking up because I simply couldn’t reason with myself of why I needed to get up. So it feels incredible to be making my to-go coffee and heading out the door in the morning. Beyond work, I’ve been back to practicing yoga and going to the gym. Exercising feels awesome because I know it’s something good I’m doing for my body. With so many harsh toxins going into me every week, it feels only fair that I would give this body of mine something to feel good about. Another piece of really exciting news is I got a new car— WOOO HOOO!!!! I’ve only ever owned sh*t boxes (proud owners of them though since I saved my own money in both high school and college to be able to purchase them), but after rear ending some lovely lady that also works at TJX (another story, another time), I said goodbye to Carmen Elantra and got my dream car…a 2012 Hyundai Sante Fe- beep beep! New car, back to work, back to exercising, and back to eating and drinking! My pancreas has really done a 180 and I’ve been off pain meds for over a month and am eating practically a normal diet again! Mike and I even had nachos the other weekend and after over 6 months of not having them, we were in HEAVEN! I’ve also been able to have some drinks lately, which if you’ve read my blog in the past year or know me even slightly, you know that that’s a big deal. It makes me sound like a lush but so be it… I like to have drinks. I like drinking beers and watching the Pats. I like having a glass of red after a long day of work. I like having margaritas with my tacos or going to hotel bars with Michael and getting house snack mix and martinis. I like being Champagnes Moran. And Champagnes Moran I was two weekends ago. Mike and I had an awesome night just the two of us going out to dinner then heading over to a new bar for after dinner drinks…it just felt normal. And that feeling of normal gave me such a sense of pure happiness, from the top of my head to the tips of my toes, I felt amazing. I felt like “Jessy” was finally back in action! 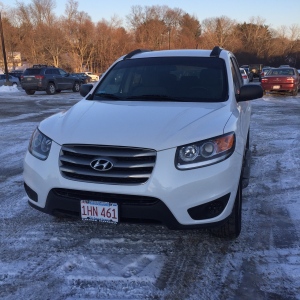 !!!!!!!!!!!!!!!HAAAAAAAULLTTTTTTTT!!!!!!!!!!!!!!!!!!!!!!!!!!!!!!!!!!!!
That’s what it felt like. That’s what getting pancreatitis and being hospitalized for it for the fourth time a week ago felt like. A W-T-F moment. A “no! no! no!” moment. A “this can’t be happening” moment. It felt like a punch in the gut…literally. My life had just gotten back to my new normal. I was feeling like me again. Life was being good to me. And then I go in to have my stent removed on Friday and the stent gave the doctors trouble coming out. So much so that it broke in half while they were in there. So with that much struggle going on, my pancreas got “upset” and pancreatitis hit me again. I spent 28 hours in the emergency department before being transferred to a hospital room and another day asking when I could get transferred to 7D. We watched the Pats game on a 13 inch TV with no apps and no beers. (but with the company of some of my favorite people, Mike, my mom and Dr. Mandy!). 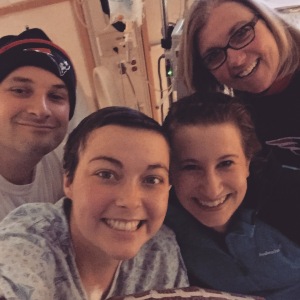 I sat in a hospital bed trying to get as much work done as possible as I couldn’t bear thinking I was taking more time off after just coming back from being out for 11 months. I’m back on pain medicine and wearing my stupid heating pad day and night. I got released Tuesday night and was back to work by Thursday. It was such a hard week and I’m so glad it’s Saturday. Having a taste of my normal life again and having it taken away again is a lot to handle. I started crying really hard when I got home from work yesterday while I was talking to my mom… I just couldn’t hold it in anymore. It feels SO unfair this time. Everytime has felt unfair but this time just seems like too much. Having what I’ve wanted back this entire year— normalcy— and then having it taken away one more time is more painful than I can really put into words. Mike came home just as I was sitting there sobbing on the couch and for the millionth time this year, he gave me a hug, kissed my forehead and talked to me about it until I felt better. I had been trying to just “keep marching along” and pretend like this was something “I’ve done before, I can do it again” but it’s more than that this time. It’s frustration to a whole new level. But after crying and talking it out, I felt better. I’m already one week down. I’m already out of the hospital which is a lot better than the first three times. I’m back at work and have something to keep my mind off it. It’s likely that it won’t take as long to heal this time. And there’s no more stent in me which means no more endoscopies which hopefully means this truly is the last time I’ll deal with pancreatitis.
AND lastly, the Patriots are Super Bowl Champions. So really, life is still pretty good.